Acting for the Supernaturally Shy Online

Back to Online Intro Programs
Go to Registration

Training in the basics of acting and understanding how to work with shyness in your life.

“In the circle of light on the state in the midst of darkness, you have the sensation of being entirely alone… This is called solitude in public… During a performance, before an audience of thousands, you can always enclose yourself in this circle, like a snail in its shell… You can carry it wherever you go.”
― Constantin Stanislavski, An Actor Prepares

People often assume acting is for the outgoing only– a shy person couldn’t even imagine themselves acting. But, people who are shy have a great gift in acting: their ability to access their vulnerability. This depth of feeling is a great benefit to any actor.
In Acting for the Supernaturally Shy, we step into acting slowly, with a focus on working with our emotions, including shyness, rather than against them. We cover all of the fundamentals of the Acting Basics class,with the recognition that someone who struggles with shyness will require different support to open up in an online class environment.
All in class performance work and filmed homework is optional. 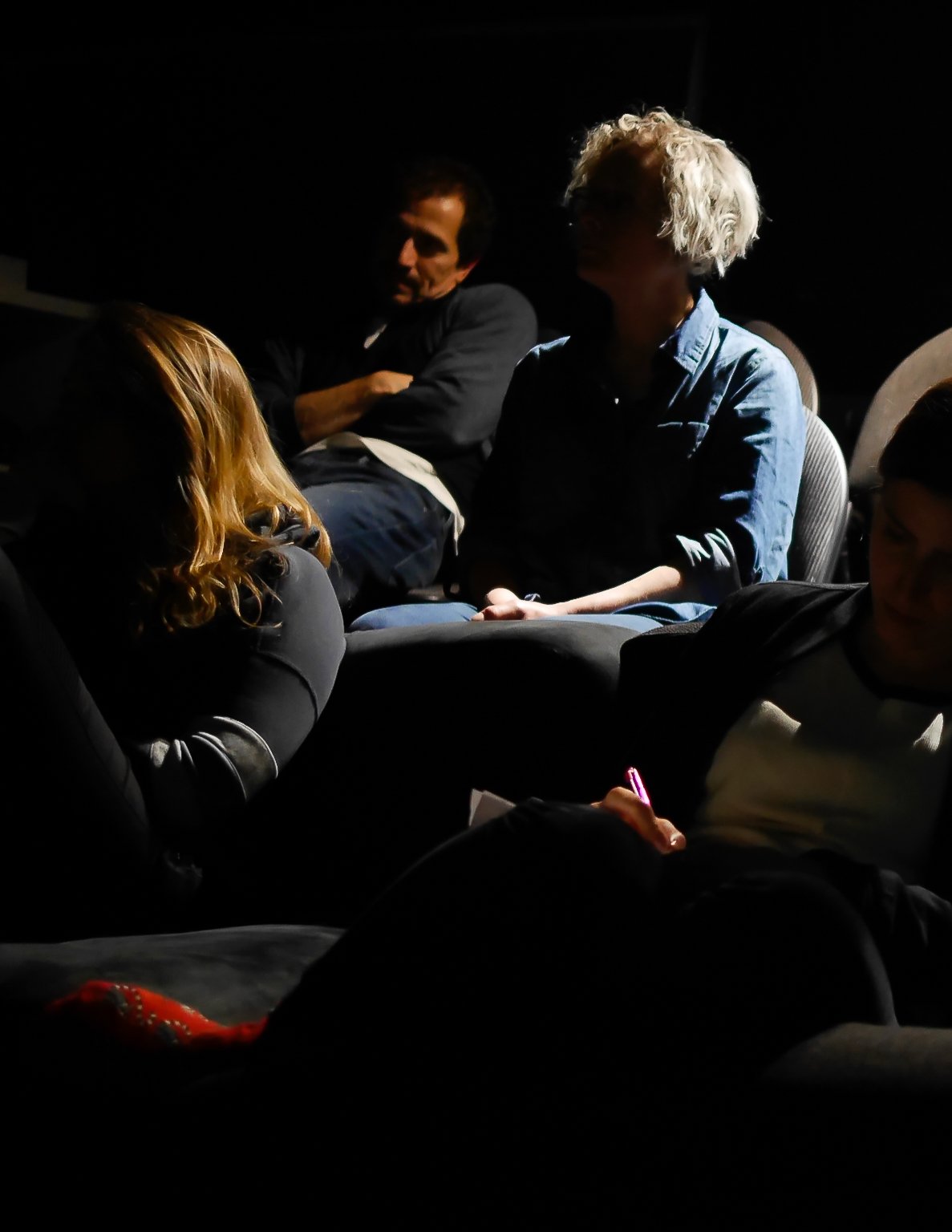 Meet weekly online for a 90 minute class, each with a weekly lesson, acting exercises, work review and Q&A.

Each week you will be assigned homework and a class review packet PDF.

This is right for you if you are:

Homework time will vary by participant but on average you can expect about 1 hour of homework per week to get the most out of this course.

We provide options for a makeup class when possible.

If a make up class is not possible you will receive a digital class package with an overview of the class and the weekly homework.

I’ve felt very alone in my struggle with shyness/social anxiety so I am really glad to find a place where others can relate.

I have always loved Actorium classes and got a lot out of them, I love the way you teach and the feedback you give your students. I first took the supernaturally shy course in 2015, wow that was a long time ago! My intent in taking the course back then, and with the other courses I took was to get more comfortable around people and open up to people and not be so quiet. I have grown and learnt a lot over the years and your classes have given me some good tools and concepts to ponder. I even enjoyed the scene study class I did, which I wasn’t sure about at first. Actorium has also just expanded what I originally thought acting was and made it more relatable to me. I just felt like I wanted to say that to you! Your doing great work and it is appreciated by so many people.

I just wanted to say thank you again for holding a wonderful and safe space that allows people to wade through such difficult emotions.  Many years ago I did one [public speaking] class and hated it and never tried again. I often wished since then that some kind of magical world existed where I could try a form of speaking or performing while having a positive voice somehow override my internal negative and terrified one… well you are providing exactly that magical environment! The way you verbally support each person while they are on stage is incredible. I think these classes are priceless and will have a positive impact on all aspects of life… truly life transforming!

I had not foreseen that the program was going to be that interesting and the experience so profound and rewarding.

I am so happy with my progress! You have no idea. I was feeling so stuck behind that block that it was really testing my ambition and resiliency because I was feeling really powerless to change. I don’t know how it happened other than just breaking that part open and just allowing myself to be imperfect and where I am at… slowly. Though I still feel a certain trepidation over being really seen, I feel I can much more easily sit and be honest with that feeling of un-comfortability.

I have always been terrified of public speaking and have never even in my dreams wished to be in the limelight on any stage. The thought of taking acting lessons would have never occurred to me. But I was introduced to this idea in such an intriguing way. Michelle said this class was a safe place for those who wanted a chance to tiptoe out into the spotlight and thus to explore hidden facets of their essence and personality. I’ve always been rather inhibited and not-quite-the-real-me in my range of expression in social settings so I thought this would be a potentially fun and cheap way to expand my range, as compared to say, sitting weekly on a therapists’ couch for months on end. Well it’s only been four classes so far but holy moly! I could not have guessed how eye-opening and personally rewarding this experience would be for my inner development and self-knowledge. Not only do I feel I have a better window to my authentic self (and what could possibly be more precious than that) but I also feel like I really have an inner eye and empathetic understanding of my fellow classmates which in so few hours with strangers is really incredible. I would urge anyone who resonates with me to try this course. Very highly recommended.

If you have any questions regarding online classes email us as admin@actorium.ca