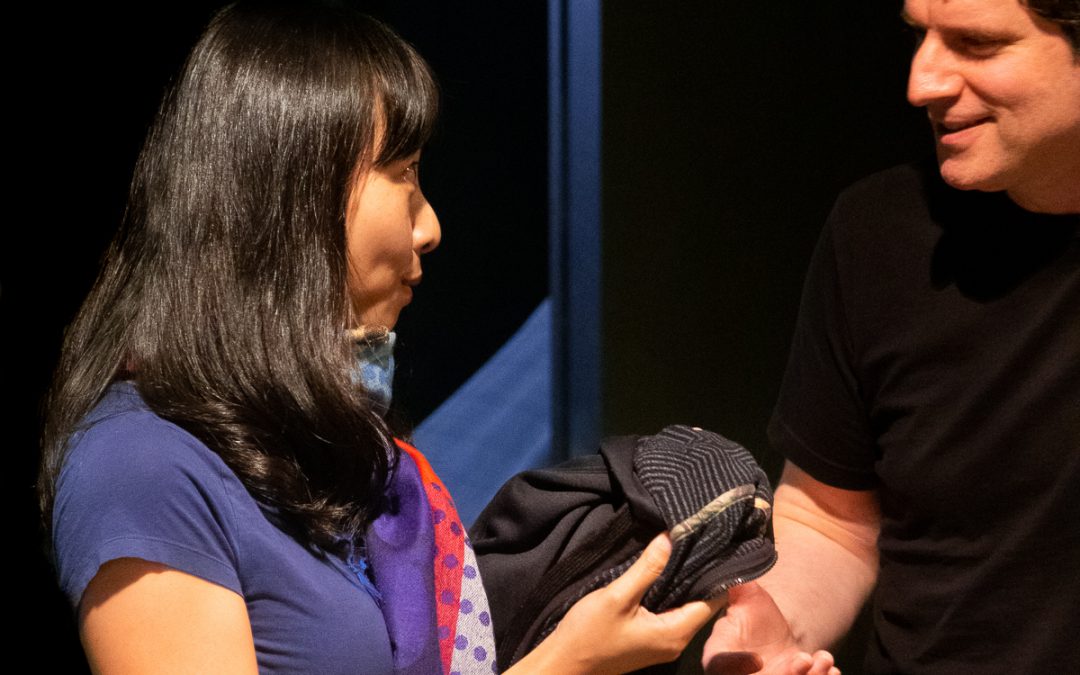 Stanilsavski uses the word Communion: “an intimate fellowship or rapport.”

When the audience reacts with laughter or tears, actors respond to that feedback. That is natural and is a part of the dynamics of acting. It is the audience/performer relationship. When performing the same scene a second time, the actor may find they are seeking out that audience approval. If they don’t receive the approval they expected, the actor may say that they “didn’t feel as connected” or were “half in and half out of the scene.” In those instances, it is important to look into it and break down what has happened.

Actors train to be in “communion” with each other. When the scene is electric, it is always because the actors are in communion. The actors are in an intimate fellowship or rapport with each other. When that electricity disappears, communion between the actors has ended. Stanislavski emphasizes the importance of this point by using this word communion, a word associated with sacredness.

When we break it down to see why the scene is no longer vibrant, we find that the experience of communion between actors has changed, and instead of being in communion with each other, the actors are now in relationship with their audience. They are gauging their performance and judging themselves from an external viewpoint. Instead of being invested in the activity of the moment, they are assessing how others feel about them.

This relationship with the audience is an experience of self consciousness. You are watching what others think of you. Looking at self consciousness from this point of view of can be ground-breaking. You can adjust this experience. You can adjust and move your focus from being in relationship with the audience to being in communion with your fellow actors – a much deeper and more satisfying experience.

We introduce this aspect of acting in Foundations. And because of this, sometimes people new to Stanislavski’s method of acting find Foundations challenging. This intimate rapport feels very raw and very personal. Foundations encourages this experience of connection and it can be uncomfortable at the start. But with continued practice and a deeper understanding of what you are working on, you realize communion is one of the most fulfilling aspects of acting.