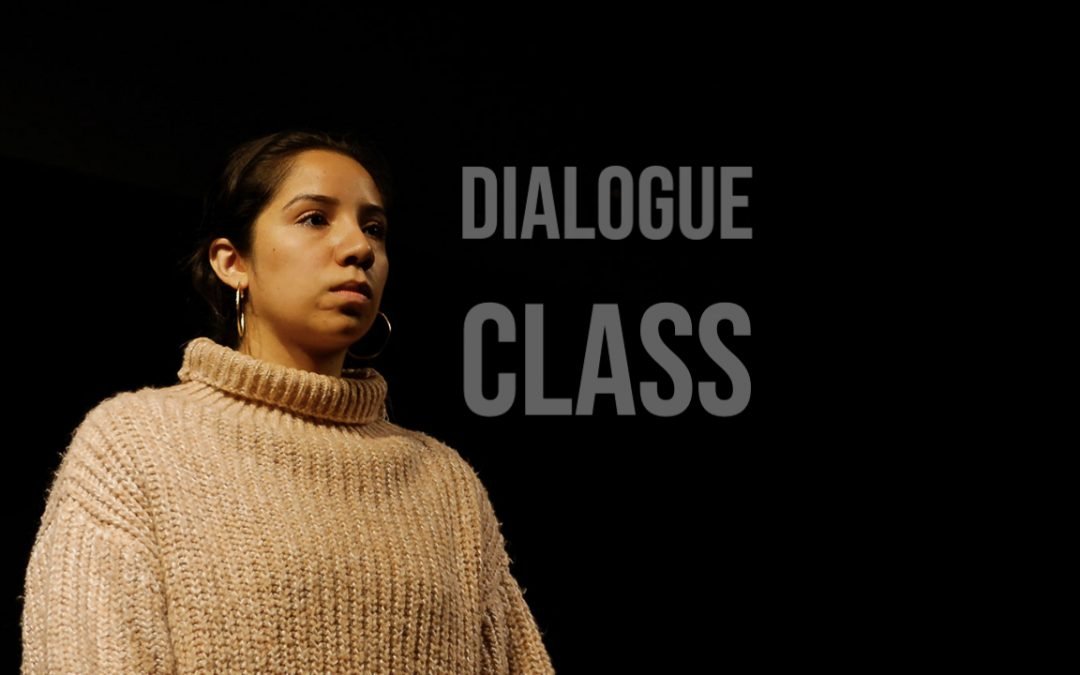 But the first thing that happens when two people speak and listen with no subject of conversation is someone will start acting. We put on a mask. Speaking and listening without acting is extremely intimate. It’s shockingly raw. It’s very real. And that in itself is unsettling. We’re not used to that kind of truth.
But this is an acting class and so there’s no acting allowed. Acting is not allowed in Dialogue class. Because your instincts matter. Authentic impulses matter. How will they be ever known or realized if you never practice accessing them?

“You want to write a sentence as clean as a bone. That is the goal.” – James Baldwin.

You want to speak and listen as clean as a bone. That is the goal.

Dialogue starts up online in January, 2021 on Tuesday evenings at 7pm. If you have taken Foundations at Actorium you may enter directly into this class.