The skeleton and the colour of a performance 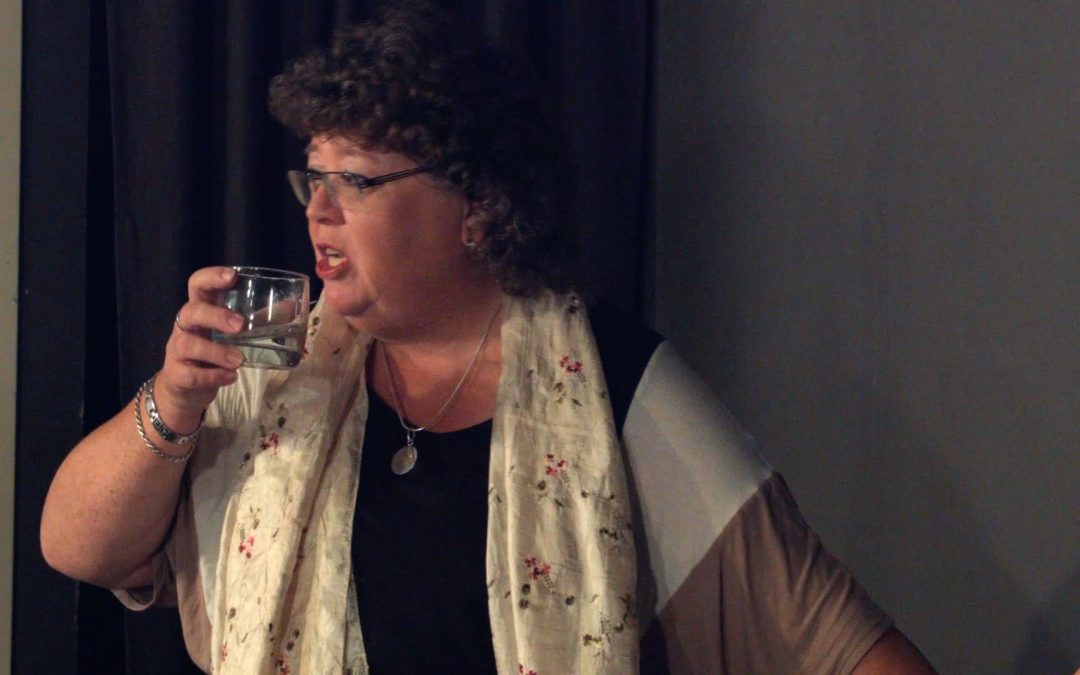 How do you work out a plan for a performance and then drop it so that you are alive in the moment?
In the attached clip you can see Actorium student Nancy Kato’s progression in her work. In the first clip (black and white)  she is focused on her Objectives without much else. In the 2nd (coloured clip) she has dropped her plan to bring her scene alive. The clip alternates between two performances, comparing her first performance with her 2nd performance filmed four weeks later.
In Nancy’s first performance she has worked out her Objectives, the basic plan, or the skeleton of the scene. But, her relationships aren’t developed, she’s not connected to her environment, she’s not really connected to the activity of drinking. Because she doesn’t have those other parts of the scene yet added to it, she seems to be overly focused on the lines. Her lines are almost like an Objective Hammer that she uses to clout George over the head.
Four weeks later, she has deepened her understanding of the relationships in the scene. She has connected to her environment and her activity. She is no longer mentally focusing on her objectives. Because she is no longer focusing on her Objectives she is able to bring her character and the scene alive in the moment.
Objectives are a part of the process but if you stop at objectives you’ll miss all the colour of the scene. As much time must be spent on clarifying relationships, your activities, your connection to the environment, past and future. If you don’t develop those aspects of a scene, you won’t have a place to let your objectives go into.

Actors are often afraid to really work out the plan. They’re afraid it will deaden their performance. That’s a valid fear. If you aren’t able to add the colour (an understanding of relationships, activity, a connection to your environment) it’s probably better just to wing it and forget a plan. But, without a doubt, with practice you can find how to bring the colour in.

The second fear is a fear that if you were to actually try, you might not be able to do it. But, practice makes perfect. If you can go though the process of learning, you’ll get there.