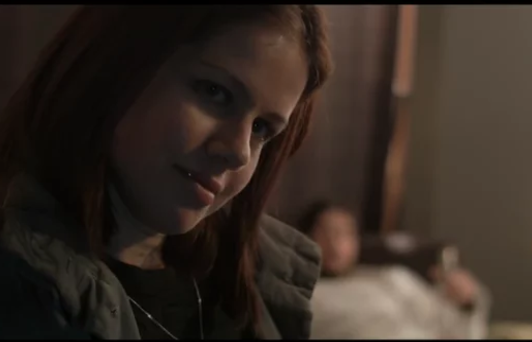 In the beginning, actors work very hard to do a scene, or play a role ‘correctly’. They struggle to meet the demands of the script to the point where they follow it like an architect may follow a blueprint. They no longer allow themselves the freedom of natural impulses, and instead stifle the creative nature that exists inside each one of us.

The freedom of natural impulses which are aligned with the character begin to happen once an actor has developed the ability to connect more deeply to their character, and has developed a certain amount of trust to let go of controlling a scene. At the outset of their training, an actor they may not even sense an impulse; but through learning to embody the elements of a character (ie. the Super Objective, Scene Objectives, Actions), these impulses will arise organically. This is when acting becomes fun, rather than a struggle.

Once an actor develops the ability to work in this way, acting looks easy. That is why so many people watch a movie and think, “I can do that”. Good acting shouldn’t look like a struggle. But, I think every actor can relate to the struggle it takes to get to the point when acting becomes fun.

In the video below, I’ve taken excerpts from our fall Scene Study program in which I see actors working, or starting to work organically with the ability to follow their impulses. They are all at different points, but I feel confident that they will continue to develop their creative freedom. There were many more examples that could have been included. It was a struggle to limit this selection!

In the first scene Colleen Mirza, as Roberta, plays opposite James McInnes, as Danny in John Patrick Shanley’s Danny and the Deep Blue Sea. The lines are:

Roberta: Do you want a pretzel?
Danny: Yeah.
Roberta: Here, you can have them, I’m done with them.
Danny: Thanks.
Roberta: No problem.

How would you play that scene?

This clip is from the twelve week Scene Study program where our actors work to develop the character over a period of three months. So, we get to see some strong character development.

In the first Scene clip below you can see that Colleen/Roberta not only understands why she says her lines (or what is sometimes called Mini-objectives or Actions) but she is able to connect emotionally with them. For example, when she is asked for a pretzel and she says “You can have them, I’m done with them,” she understands that Roberta is seeking attention through negative behaviour. She understands it not only intellectually (the first step) but is able to embody it.

The video includes multiple examples of actors embodying their objectives and therefore having the ability to follow through with authentic impulses. I’ve included ones where the actors are working with strong emotions, which can make it easier to embody an objective, and others which are more challenging, embodying an objective without external heightened emotion.

Either way, whether with heightened emotion or not, we enjoy watching an actor follow through on strong, clear objectives which opens the door to acting on impulse. Once an actor clarifies this point in themselves they are no longer stifled by trying to ‘do it right’ but can move forward with deeper and stronger creative choices in any role.